It’s been like a week and a half since I got fired, and while it hasn’t been as horrible as I thought it would be, I have discovered a few things about being unemployed that I thought I should share with you.  Since I love making inane lists, I figured I would bust out my deep introspectiveness out on y’all that way.

Things That I Didn’t Exactly Know About Myself Until I Lost My Job, Version 1.0 (Because I’m pretty certain that there will be more editions as the time goes by):

*I am pretty lazy.  I actually kinda sorta knew this about myself, but not having a job to apply myself to has really brought out the lazy side of me.  I’m sure some may argue that my sudden laziness and sleepiness could be depression from my firing manifesting itself, but I’m just going with I’m inherently lazy.  I slept for like 15 hours the other day.  In two evenly spaced increments of time…I think I got up to gather my laundry in a sleepy, stumbly fashion at noonish, and then proceeded to lay back down and sleep til 5 pm.  And I think I was momentarily confused as to why it was so dark, realized what time it was, said “eh” and got up to go deep fry some mini tacos.

…which brings me to another thing I’ve learned about myself.

*I eat.  A LOT.  Several times a day, as a matter of fact.  I kinda knew that I had a big appetite, but back in the days when I had a job, general lack of morale and the crushing sadness of doing inane work made me forget that I was hungry.  Now that I’m unemployed, I do stuff like sleep half the day and then get up and deep fry some Jose Ole mini tacos in my deep fryer and read the Steve Jobs biography.  I’m pretty sure I’ve gained weight in the past week and a half. 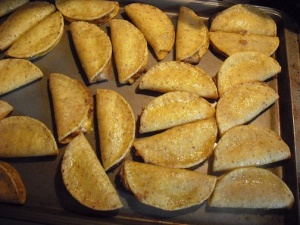 Mmm...Damn you, Jose Ole Mini Tacos. You're a tiny calorie-laden bomb of deliciousness.

*I really have no concrete sense of time.  Since I don’t really have a structured day except for when I go to casino class, I pretty much have blurred the line between night and day.  I have stayed up until sunrise a few times in the past week.  I’ve woken up after sunset a few times as well.  I might have been a Cullen in a past undead life.

*I have a pretty persuasive mind, that if taken into the wrong hands could very well be used for evil.  Like I listened to Lana Del Rey on iTunes and couldn’t decide if I liked her or not, so I Hulu‘ed her horribly awkward performance on Saturday Night Live and thought she was a crap singer.  But I couldn’t stop thinking about her song “Blue Jeans” and wound up talking myself into buying a few songs even though I think she is pretty awful.  I listened to them a few times and I was like “god, she is horrible” and then my mind was like “is she really, Lashawn?  Perhaps you should listen again”.  And so I did. 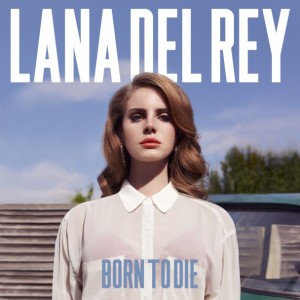 Oh, Lana, I know you are terribly mediocre singer, but there is just SOMETHING about you that makes me go "hmm...I have to listen to you again".

*I read.  A LOT.  I mean, I know I read a lot, I pride myself on my superb love of all things literary.  I learned to read at three and a half, reading is pretty much an intrinsic part of me just as much as my love of music or cheese.  But I didn’t know that I will pretty much read anything, good or bad.  I blame it on my persuasive mind (see above notation).  I also think it might have to be partly due to the crushing boredom that is starting to sink in.  I spent four hours on Wikipedia tonight, reading about random shit and random tangents that I clicked on in the originally random article I started four hours earlier.  I think I’m gonna have to dust off my library card before my brain starts oozing out of my ears from lack of superb reading material.

*I like the idea of exercising, but I don’t actually like to do it.  I think that I might have to talk myself into liking it though, if my thoughtless eating and laziness continues.  I don’t want to be the girl that gained 65 pounds after she lost her job.  That just seems like the beginning of a very slippery slope that could lead to some pretty serious repercussions.  It’s time to bust out my free weights and my Gazelle and the Pilates DVDs I bought a few years back.  And that Women’s Health book of 584546846 exercises that I got on a fitness kick. 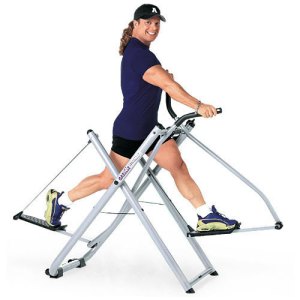 I get a pretty good workout on my Gazelle, but Tony Little makes me giggle.

I’m trying to catch up on sleep and a few side writing projects I’ve been working on, so this is like a mini post.  A postlette, if you will.  Ever since I was around eleven or twelve I’ve been a fan of Charlotte Church.  Her voice is breathtaking, and her range was something I aspired to when I was younger…since my parents couldn’t afford voice lessons, I’d spend many an afternoon after school sitting on my bed with my CD player on my dresser, singing along to her albums, trying my damnedest to hit those crazy high soprano notes.  I’m sure I drove my mom and dad crazy, but I loved her music.

I was messing around on YouTube tonight and on a whim I looked up Charlotte Church because I’d read that she’d tried her hand at pop music.  Sure enough, I found a video of her baring her midriff and shaking her shaggily cut “rock star” hair, singing a song about being “a crazy chick”.  Her voice surprised me because I was so used to her classical stuff, but I wasn’t impressed by the lyrics or the premise of the video.  I clicked on one of the side links and found the song that I’m posting below.  It’s called “We Were Young”, and it’s about her breakup with her children’s father.  Her voice is beautiful, and you can hear the pain and wistfulness in it as she sings.  I couldn’t find the album, Back to Scratch, on iTunes, but I think it’s probably available on the UK version.  I really love the simpleness of the recording, it’s much more impressive than an over-processed, over produced track–and she touches upon her classical background a little when she sings.  I love it 🙂  Take a listen, and don’t miss me too much, I’ll be back soon ❤