“Nothing is more powerful than an idea whose time has come.” 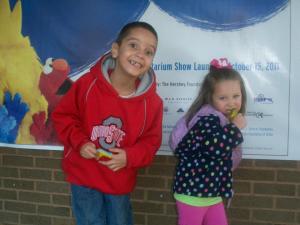 This is what a seven year old should be doing, not being trained how to kill people.

This is my son, Nicholas. He just turned seven last month. He loves tornadoes, Ramen noodles, and cats. He plays softball and is learning how to read. He’s never known anything except being surrounded by the people he loves.

This is because he lives in America. He will never really understand how lucky he is to be an American–I am twenty-six and am still discovering on a daily basis how lucky I am to have been born in the United States. I don’t think that most of us realize, even among the rising gas prices and political games and the unstable economy, just how incredibly lucky we actually are to live in Ohio or Indiana or Colorado or Alabama or Washington or any other of the fifty states that comprise our nation. In our country, children can be free to be children, they can be free to play out on the streets and go to school and learn without the fear of being taken from their homes and taught how to kill against their will. If Nicky had been born in Central Africa, his life would be very very different.

At what seems to us the very young and innocent age of seven is seen as the perfect age to be taught to shoot a sub-machine gun and mutilate people in the eyes of crazed warlords. In Uganda my son could be yanked from his bed in the dead of night and be forced to kill me and my family or be killed himself. He would be taken from his school, his friends, everything just to become another faceless, nameless child soldier, nothing but empty collateral to “armies” such as the Lord’s Resistance Army in Uganda or the Armed Forces Revolutionary Council in Sierra Leone. My son would be pumped full of drugs and be promised crazy, unattainable things in return for carrying a gun that would be roughly half his size and kill innocent people. If he thought of leaving, he would be tortured or mutilated or murdered in front of his fellow “soldiers”. All at the age of seven. It disgusts me.

I watched a video earlier this evening from a nonprofit group that I have been supporting since at least 2007, Invisible Children. The nonprofit uses film to raise awareness of the abductions and abuse of children in Central Africa, namely the children recruited to serve in Joseph Kony‘s LRA. Their main goal is to capture Kony, hold him accountable for his crimes, and end the LRA. The video, “Kony 2012”, asks us to bring Kony to the forefront of our international media and asks us to use social networking, among other tactics, to help lead to the capture, arrest, and conviction of Joseph Kony. I found myself choking up several times during the thirty minute video, especially when they focused on Jacob, a Ugandan boy who had witnessed his brother killed by Kony’s regime, and Gavin, the filmmaker’s young son, who couldn’t understand why someone would have children kill.

KONY 2012 from INVISIBLE CHILDREN on Vimeo.

Joseph Kony was indicted for war crimes in 2005 by the International Criminal Court in The Hague, Netherlands. His regime has been accused of abducting and forcing over 66,000 children to fight for the LRA since 1986. Invisible Children has called for people to come together and spread the video online and to donate to the cause. I am impressed at the speed of how the video and the message about Joseph Kony has spread. #kony2012 is one of the top trending topics on Twitter, and I have seen the video numerous times on my Facebook news feed. I hope that the actions of the people help to find Kony and bring him to justice. No child should feel like Jacob has, that maybe it would be better to be dead than to live in a world with the constant threat of evil men like Joseph Kony.

I believe that every child should get to live a childhood like my son. Every child should be able to lay their head down on their pillow at night and know that they are safe. No child deserves to become invisible.

One thought on “Season One, Episode Twenty-Six: Saving the Invisible Children”