It’s September, fall is in the air and life is full of changes.  With fall comes new seasons of all our favorite shows, so I present to you…Season Two of Chasing Lala.  Enjoy.

I got the new iPhone 5 today in the mail.  I may have shrieked like a girl upon opening the box and realizing what was inside–my boyfriend had mentioned something about a possible surprise for me this week, so when my mom said that there was a package for me on the dining room table, I figured it was something of the Bret-centric variety…However, Bret does not work at Apple, so when I pulled out the sleek black box (Apple is not one to skimp on the aesthetics of a product) that was nestled inside the boring brown box it was shipped in, I had a very childish moment akin to opening a present on Christmas morning and realizing it was what you had been bugging your mom and dad and grandma and various mall Santas for all along.  So I shrieked and activated it as soon as I got a case and screen protector for it.

My first thoughts?  It’s crazy light and I love that the screen is bigger and not as harsh on my eyes.  Splendid job, technological nerd wizards at Apple.  I salute you. 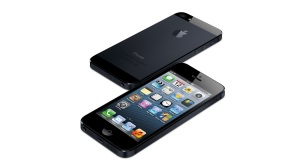 I’m probably going to draw the ire of tech nerds all across the fair planet that we call Earth when I say that I really didn’t notice anything major beyond the navigation service change from Google Maps to Apple Maps, the loss of YouTube, the size of the screen and subsequently the size of the phone itself, and the weight of the phone. Still does most of the stuff that my lowly 4 did back in 2010.  It is, however, one damn fine looking phone 🙂

My new phone leads me to my next tangent (try to follow me, I know I tend to jump from topic to topic just as rapidly as I do in non-literary life).  In exactly 12 days (but who is counting?) I will be leaving on a jet plane to the beautiful, gritty, insomniatic city that is New York City.  Well…Manhattan, but when you think of NYC, you think of Manhattan, and probably Brooklyn.  And maybe Queens because of The Nanny and Kevin James (I got the theme song to The King of Queens in my head when I started typing his name, haha).  Oh my god I am sooooo excited.  Beyond excited.  I have wanted to go to New York ever since I was five, and what could be better than going with my fantastic boyfriend, whom I haven’t seen in nearly three months?

I promise to post pictures and I was thinking of doing sporadic little blogettes, if you will, throughout the day while we are there.  It’ll be sort of like Twitter but in blog form.  I did most of the planning, and there is so much I want to do:  the 9/11 memorial, Times Square (our hotel is like ten minutes from it!), Central Park, the Met, the High Line (this really cool park system built on the old high line train tracks that run through part of the city)…lots of food and shopping and just making some potentially awesome memories.  Some of my family on my dad’s side lives in NYC so it would be really nice to be able to meet up with some of them for lunch or something just to see them.

Also really hoping Apple Maps doesn’t get us lost and consequently robbed like that one episode of Sex and the City where Carrie got her Manolos stolen right off her feet.  I am really bummed that they removed Google Maps, but when in doubt there is Bret’s phone and it’s GPS, which hasn’t gotten us lost yet–I don’t know why I am so worried about navigational services when it is pretty much an unspoken fact/rule that I am not allowed to give directions.  Ask any of my friends…I suck at it.  We always get lost, which is a pretty spectacular feat seeing as I have a freaking map powered by a satellite to guide me.  I think I am just mildly anxious about getting lost or somehow separated from Bret in Manhattan and not knowing how to get back to the hotel in one piece because my phone’s GPS sucks.  Pretty ridiculous, but still.  Crazier things have happened.