My birthday was this past Saturday. I am officially 26…and looking at what I just wrote, who the hell in their right mind would want to be unofficially 26? Perhaps a crazy person…yes, only a crazy person would want to go from 25 (which we all know is a whole ‘nother ballgame) and pretend to be 26. The only way I would do it is if there was a large monetary compensation, or something equally awesome. 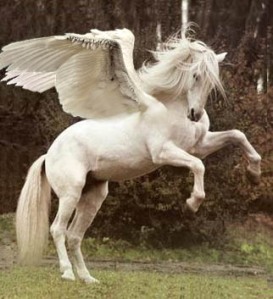 I’d consider it then.

But seriously, I’m 26. Four more years to 30. Ouch. I suppose 26 is a grand achievement. If I lived in the 1600s, like in Jamestown or whatever, I’d have like ten years left in my life before I died a horrible death from cholera or smallpox. I’d have 54516561 kids by now, all named after virtues and kings and whatever, married to a guy named James Blacksmitherson and living in a leaky shack shittily constructed out of logs and mud and no windows. I’d be all about sewing and hanging out with my equally fabulous friends, Rebecca and Prudence. We’d have the best gray bonnets in the entire village. The bitches would be jealous.

Oh yes. They would be jealous.

But anyway. Christmas is coming. Tres exciting, no? I am proud to announce that I finished my shopping for Nicky an entire week ahead of schedule. I usually am rushing around on the 23rd, hating myself for waiting until the last minute. This year, I finished on the 16th. I think that warrants a high five…so I totally just gave myself one. (I usually do this so that I am not left hanging, by well, myself. Denying someone a high five is such an asshole move, and I am not an asshole.) Perhaps this early shoppage is a part of turning 26? Perhaps.

Or I just remembered to do it early this year.

My god…I think I might just be growing up.